Before exploring our holiday cottages near Gwili Steam Railway let’s talk about the railway first. This historic steam train has been running since 1872 and is known for its scenic route through the beautiful Welsh countryside. Once you get there, you’ll be able to enjoy a variety of dining options that include fish and chips, santa specials, and more. The Gwili Railway also offers vintage steam train trips throughout the year as well as special events like Christmas markets.

About the Gwili Steam Railway

The Gwili Railway is a steam railway located 3 miles north of Carmarthen in the village of Bronwydd. The Gwili Railway runs for 4 miles in connecting Bronwydd Arms, Abergwili Junction and Danycoed. It follows the River Gwili along a 4-mile stretch of the river through farmland and steeply wooded hillsides. At the time of print, there is no public access from the Abergwili Junction, Llwyfan Cerrig and Danycoed Halt platforms. All train rides depart/arrive from Bronwydd Arms Station. For updates on this line or further information please refer to the official Gwili Railway web page.

History of the Gwili Steam Railway

The railway follows the original route between Carmarthen and Aberystwyth, which was once part of a continuous link between North and South Wales. The line was originally built by the Carmarthen and Cardigan Railway, and then later taken over by the Great Western Railway. Passengers and local goods like wool, livestock, milk, and timber were carried on it before it was closed as part of the Beeching reforms. Passenger traffic ceased in December 1964, and the last milk train ran in September 1973. 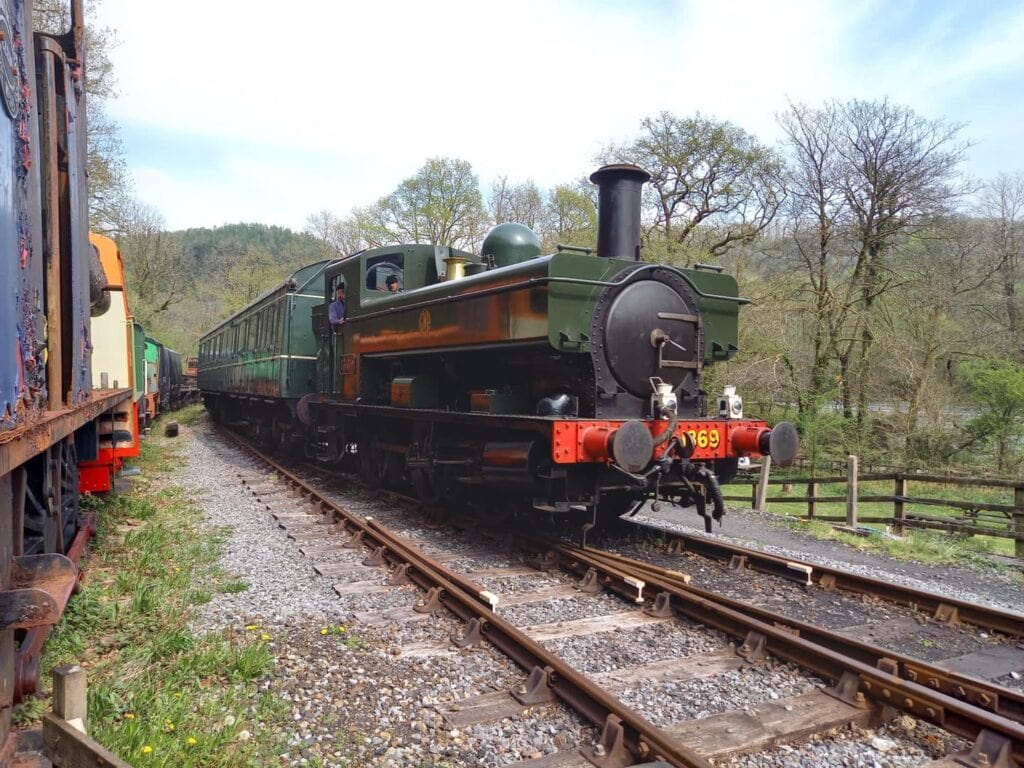 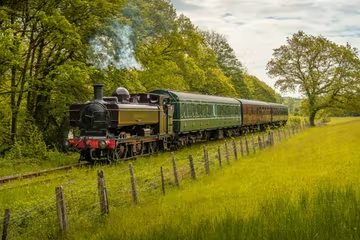 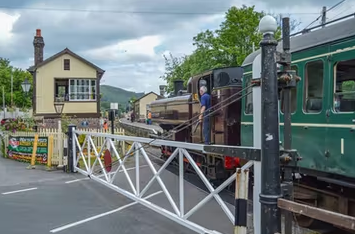 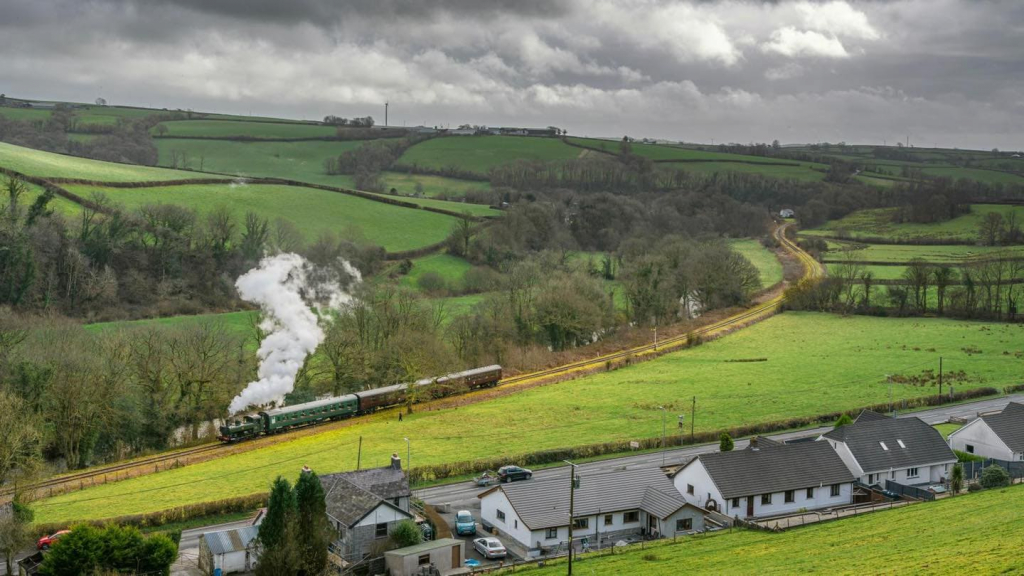 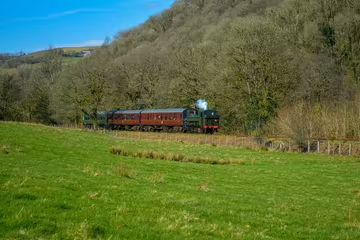 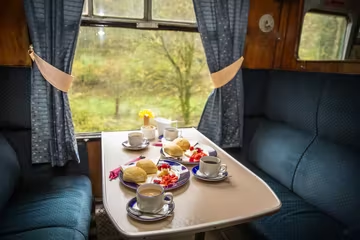 The Gwili Steam Railway in the present day

The railway is staffed by volunteers. Many of the volunteers join the Gwili Railway Preservation Society or other supporting groups, such as Friends of the Great Western, to keep up-to-date about the activities and progress of the railway. The volunteers represent a wide range of backgrounds and skills, from catering staff to track maintenance workers. The railway does provide in-house training for certain jobs, such as guards and footplate staff, and organises safety training and medical examinations for operational staff.

The Railway’s appealing blend of heritage and scenery has made it a popular filming location for English and Welsh language film and television companies.

Departs from and returns to Bronwydd Arms station (SA33 6HT). The train journey lasts for 90 minutes.  You’ll receive a warm welcome from their small, dedicated team at their lovely vintage station. You’ll sit in 1950s carriages that are pulled by a steam locomotives on a trip through beautiful West Wales countryside. It makes three short stops (two for the locomotive to change ends of the train). This summary of the Vintage Train Trip was up to date at the time this website was published, follow the official Gwili Railway website for any updated information.

Cream tea is served on board the train, which departs from and returns to Bronwydd Arms station (SA33 6HT), just outside Carmarthen. The small, dedicated team welcomes you with a warm welcome at the vintage station. This ride through beautiful South Wales countryside will be memorable thanks to the 1950s carriages and efficient service from the crew. This summary of the Cream Tea Trip was up to date at the time this website was published, follow the official Gwili Railway website for any updated information.

Bronwydd Arms is the station where a small staff of dedicated elves welcomes you aboard their vintage train. They’ll be an opportunity to meet Santa, who has made the journey down from the North Pole, along the Polar Express, especially for this event. All children 11 and under will receive a gift from Santa, along with a treat for you or your child. This summary of the Santa Special Trip was up to date at the time this website was published, follow the official Gwili Railway website for any updated information.

The Gwili Fryer Special departs from Bronwydd Arms station (SA33 6HT), just outside Carmarthen. You get a warm welcome from their small, dedicated team at their vintage station. On board, you can sit on 1950s carriages while you enjoy a meal of fish and chips or alternatives, accompanied by a pint of real ale, glass of wine or soft drink. This summary of the Fish & Chip Train was up to date at the time this website was published, follow the official Gwili Railway website for any updated information. Apart from The Gwili Steam Railway What Else Is Close To The Holiday Cottages?

Throughout Pembrokeshire there are countless castles to see and visit! Whilst staying in Tabernacle Cottage you can make your way to Narberth Castle – the castle is a ruined Norman fortress!

Not only can you go and visit the castle but you can easily take a leisurely stroll through Narberth town and browse through everything the local businesses have to offer. From clothing stores, to a gallery and even an antiques shop you’ll always be able to find somewhere interesting to visit.

Please enter your username or email address. You will receive a link to create a new password via email.